What astronauts and chickens have in common - part 2

An article wherein neither humans or birds should be offended in the comparison. The overall theme is survival of the fittest. In part 1, the delicate microbiome of chickens was discussed in relation to endotoxins. In part 2, the commensal flora is going to space. 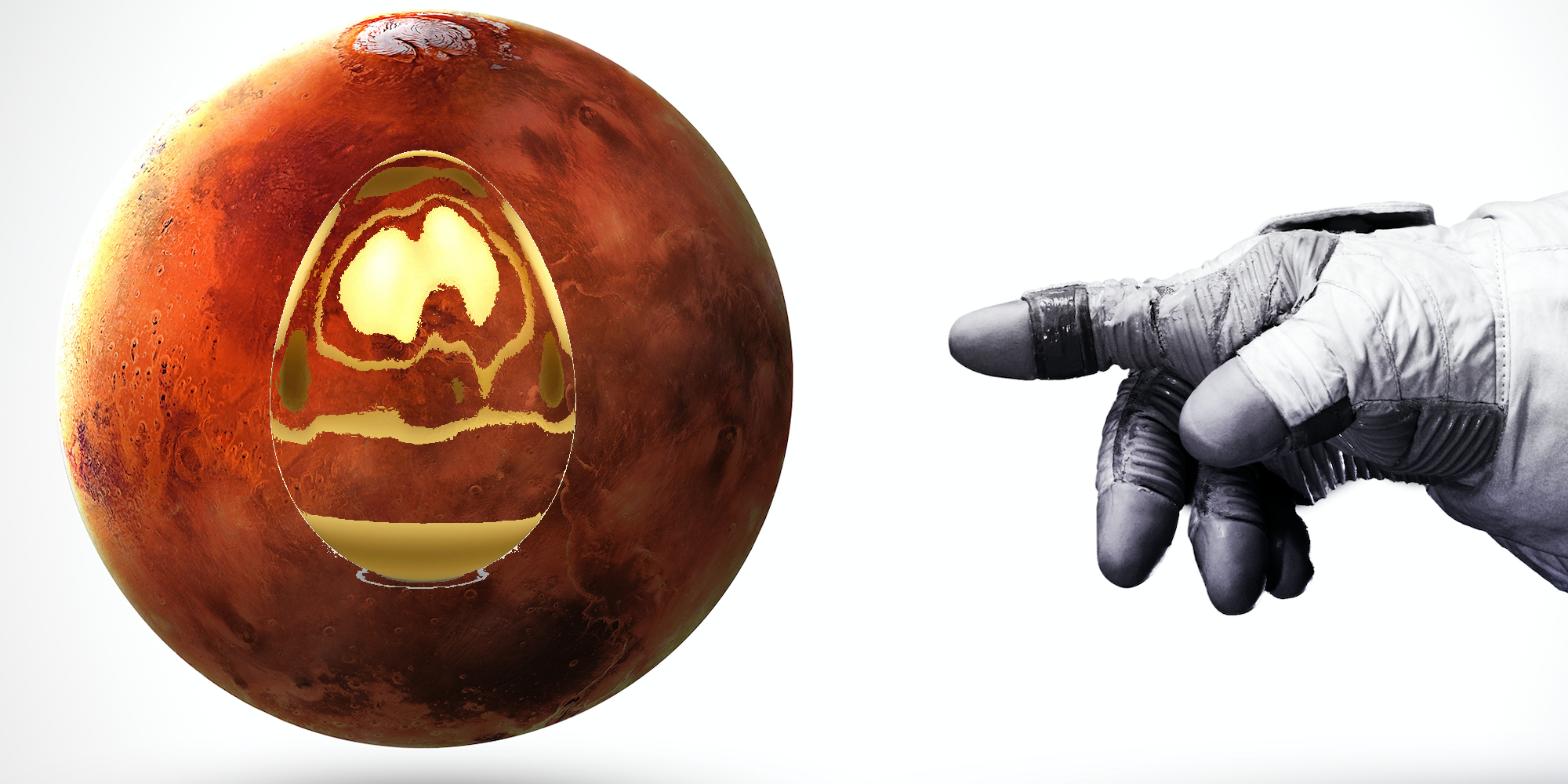 The power of many

In the decades after Dr. Alexander Fleming discovered penicillin in 1928, antimicrobials revolutionised healthcare and prolonged life expectancy across the world. But today, we know there is a price to pay. The mis- and overuse of antimicrobials a) reduces their effectiveness at patient level and b) even worse, triggers a wide-spread multi-resistance in the collective commensal flora of the human population. Opportunistic pathogens such as Staphylococci, Enterobacteriacea and Pseudomonadaceae profit directly from this worldwide exchange of how-to-bypass-antimicrobial-action like a TikTok clip going viral. Antibiotic resistance (AR), defined as the ability of a microorganism to resist the killing effects of an antibiotic to which it was first susceptible, has become a global problem. AR is not a new phenomenon. Very soon after the introduction of penicillin, scientist realised it was not a golden bullet. Every new antibiotic that came on the market since then, had to go through the same reality check. In theory, the inherent capacity to resist some antibiotics is always present due to the power of many. In the recent EIP-AGRI report on the use of antimicrobials in poultry (1), it was mentioned that:

AR can be summarised by four 'lock and key' metaphors: a) neutralisation via enzymes (key is destroyed); b) changes in target binding sites (lock has been changed), efflux (key is rejected by the lock) and decreased membrane permeability (lock is filled with glue). This expression of AR could either be intrinsic or acquired. Intrinsic resistance means that the ability to resist is in the chromosome since generations (e.g. via gene mutation). Acquired resistance is the exchange of resistance genes from one bacteria species to another. Unfortunately, the ideal exchange forum for that matter is the human digestive tract, where trillions of bacteria lay side by side.

Over the years, the link between the overuse of antimicrobials and resistance in livestock as a contributing factor to the overall AR challenge has been proved. The main purposes of the use of antimicrobials in livestock include prevention of infections, treatment, stimulation of growth and productivity. Poultry is one of the main food industries worldwide, both for meat and egg production. Chicken is a top feed convertor for proteins and has no social or religious boundaries as a livestock animal. A large range of antimicrobials are used to raise poultry in most countries and some the classes are also relevant for treatment in human. The indiscriminate use of such essential antimicrobials in poultry accelerates the transfer of AR from poultry products to humans via consumption and contamination. Hence, they colonise the intestines and potential genes expressing for AR could be shared with the endogenous intestinal flora.

This reservoir of multi-resistant bacteria is nicely spread over the human population and changes on a daily base. You take a trip to Paris, your flora has changed (slightly) when you come back but might restore to the original state later on. To be clear, it is not because you have such bacteria in your commensal gut flora, that you will become sick. But once opportunists get the chance to enter the human body, first line antimicrobials might be insufficient to counter the infection and more advanced combination treatments will be needed in order to save your life (and so, might lose power to treat tomorrow's patient at the ICU). But what happens if you take a mini-sample of the human population and isolate them all together in an enclosed community for a long time, say astronauts on their way to Mars? What will be the effect on the microbiome and how will that influence the astronauts individual and collective health? Well, big parts of that question are still unknown.

Fresh and new microbes, fully susceptible or resistent to common antibiotics, are continuously replenishing our gut flora. Healthy adult humans characteristically harbour more than 1000 species of bacteria in their commensal flora. Here, on Earth, that is. But, during space travel, there are limited chances of microbial replenishment in astronauts compared to humans on Earth because of eating nearly aseptic food and breathing heavily filtered air. During and after missions on ISS, changes in the gut microbiome of astronauts were revealed (2,3). The reasons are clear and were reported by Siddiqui et al:

Astronauts during space travel are highly exposed to different environmental inputs than that of individuals on Earth. Moreover astronauts that travel beyond the low Earth orbit are at the risk of exposure to high linear energy transfer ionising radiation, primarily due to solar emissions, solar particle events and galactic cosmic rays.

Indeed, irradiation - especially when humans would travel into deep space - has numerous (DNA-)damaging effects like major bone loss, cataract, a series of heart conditions and of course, cancer. Logically, exposure to radiation may significantly change the gut microbiome as it is as harmful for bacteria as for human cells. For example, radiotherapy in patients with gastrointestinal cancer significantly affects the gut commensal flora. Similarly, astronauts during space travel are exposed to important doses of radiation which cause dysbiosis (3).

So, microbial imbalance has been observed during spaceflight. In short, 'good' bacteria, like Lactobacilli are reduced in the astronauts’ commensal flora where the typical opportunistic, 'bad' bacteria such as Clostridium, E. coli and P. aeruginosa, could take over the population. Space conditions with as main factors diet, microgravity, stress and irradiation, will for sure have a negative effect on the astronauts' microbiome and therefor, on their overall health. Spirulina, a Cyanobacteria species related to algae and a well-known food supplement, shows promising potential to protect and preserve the space travellers microbiome. Unfortunately, samples are limited and researchers had to reallocate their investigation premises. During an isolation campaign in the Mars Desert Research Station facility in Utah (USA), the Microbiology Group of SCK CEN (Belgium) could test the effect of Spirulina supplemented food on healthy subjects. Feces samples were first gathered when the 8 crew members arrived at the facility. After 1 week of acclimation, the crew started to eat Spirulina for a week and deliver another sample. Finally, last samples were sent to the SCK CEN researchers at least 2 weeks later, in order to study wash-out processes. Metagenomics analysis are still running but show encouraging results (4). Despite the fact that Spirulina cannot colonising the crew's gut (because it's a supplement a not a bacterie), it appeared to stimulate the growth of health-promoting bacteria such as saccharolytic and short-chain fatty acid producers. SCK CEN intends to repeat this experiment, hopefully as soon as April 2021. More samples would allow to confirm the current findings.

Then again, despite the protective effect of Spirulina here on Earth, it is not unthinkable that new variants might occur in the commensal flora due to irradiation when going into deep space. What this would do to the human hosts is an excellent pitch for a new SF pic or book. Imaginative indeed, because scientists reassured me that the astronaut would die from the irradiation itself long before the bacteria would have the ability to mutate and do harm to its host (4). Space travel remains risky business.

A poultry barn will not suffer from high-energy radiation (the Van Allen belts in the Earths outer orbit do most of the protective work) and gravity is fully present (as Isaac Newton proved with an apple). But two other factors with dysbiosis potential are comparable to chickens: stress and diet. I have no clue how the ISS crew remains calm during their daily routine as they orbit the planet. But at least, it was their free choice to go up there and the final purpose is to come back in one piece. For chickens, it's somewhat different. Living together with your 50, 100, 200-thousand - genetically identical - sisters in a barn, can be a welfare challenge... as long as it lasts. So, what astronauts and chickens have in common is the need to preserve a healthy microbiome.

The commensal flora has to stand ground against potential pathogens with an intrinsic and/or acquired gene catalogue to express antimicrobial resistance when they see fit.

In an enclosed environment, the constant replenishment of the flora is crucial to keep the microbiome in good shape. Stress, wrong diet choices and of course, the (mis)use of antibiotics will interact with this valuable reservoir of bacteria in humans and birds. All help is welcome for that matter.

(3) Nature Scientific Reports 2019. A. Voorhies et al.: Study of the impact of long duration space missions at the International Space Station on the astronaut microbiome.

Note: Radiation is the release of energy in the form of particles or waves and irradiation describes those particles or rays falling on to a surface. The word irradiation refers to the exposure of something to radiation.